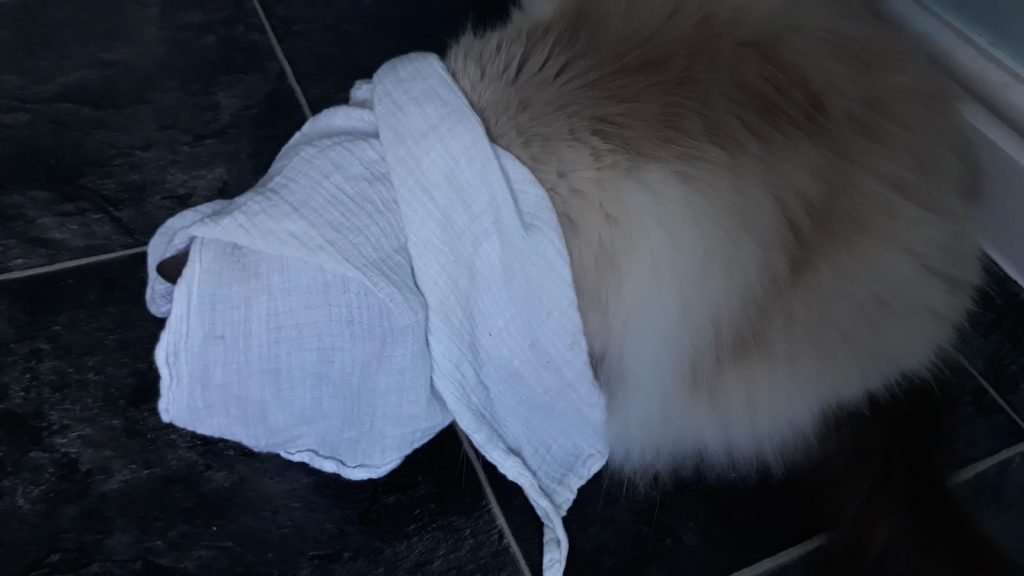 This blog post was going to be on the fear of uncertainty. I have it drafted up in my notebook, primed to go. But then the world started to creak under the weight of this latest, alarming crisis, and I couldn’t decide whether unleashing my musings would be grossly irresponsible or particularly pertinent. Ironically, I was struck by uncertainty. So I decided to leave it in the archives for the time being.

Instead, I’d like to tell you a little story. After all, the world needs stories in times like these.

Once upon a time, there was a lady and a man who lived together. They argued occasionally, laughed a lot, and so were generally happy together.

For the lady, however, there was something missing. She had grown up with cats. They had come and gone, but there had always been cats in her home.

The man, however, wasn’t sure. Although he had had cats for much of his childhood, he worried about how disruptive they’d be. The man and the lady argued briefly.

But these were no normal cats. They were ragdolls: big, fluffy things with soft fur and striking blue eyes. They were named Mungo and Baloo, after the Disney characters.

The lady adored Mungo and Baloo. She would shower them in kisses and stroke them at every opportunity. She would encourage them to snuggle up next to her in bed, even if it meant the man teetered on the edge, clutching desperately to the thinnest sliver of duvet.

The man, on the other hand, saw through the fluffy, cuddly veneer. He was more concerned about the cats’ tendency to chew any plastic around the house, and then proceed to throw up on the carpet. Repeatedly. They also had the delightful habit of scattering food across the kitchen floor whenever they ate.

The man also couldn’t help but notice that Mungo would occasionally poo on the floor next to the litter trays, and often come in from the garden with paws resembling miniature peat bogs. When hungry, the same charming cat would take swipes at the man as he walked past. Interestingly, the lady was rarely the victim of the aforementioned assault.

Of course, this meant Mungo and Baloo favoured the man’s lap over the lady’s. The man decided it was just another form of antagonism.

He couldn’t help but wonder just what the point of these obstinate creatures was.

Fast forward a few years, and the man and lady have a baby – a beautiful daughter. The cats are understandably wary of this new intrusion in their home. As the baby grows up, she starts to follow the cats around, stroke their fur the wrong way, pat them somewhat too vigorously, and often accidentally tread on their tails.

But the cats rarely lash out. Yes, they would sometimes give a little warning swipe or yelp, but not in anger. Whilst still insisting on antagonising the adults, particularly the man, Mungo and Baloo instinctively seem to know that they have to take care of this miniature person. They know that she had to be treated differently, delicately.

The baby becomes a toddler. She wants to help out Mummy and Daddy with the chores, especially the cat-related ones. She tries to help clean up the cat sick, but Mummy and Daddy have to put a stop to that following one particularly messy episode. She feeds the cats their biscuits, often leaving a fairy-tale trail on the way to the bowls, or proudly depositing the food adjacent to said bowls. She would even join in her parents’ choruses of “Off!” when a cat jumps up on the table or kitchen worktop.

But, most importantly of all, this little girl comes to love the cats. She gently rubs the fur on the top of their heads. She gives them an air kiss goodnight before snuggling in to go sleep. She gingerly edges her way around them to avoid treading on their tails.

In short, the daughter learns to show compassion towards these big fluff balls. By stroking them, feeding them, and clothing them, she learns that she has a responsibility to care for other living creatures. Okay, maybe not the clothing one, but it’s really funny.

And so, over time, the man comes to accept that, now, the cats do have a point. In their own haughty way they are teaching a young life the importance of kindheartedness, not just towards animals, but towards all living creatures. The man still doesn’t like them, but he’s glad that he can assign at least one positive attribute to them.

But we have to leave the story there. Baloo is chewing plastic again, and so the man has to catch the stupid thing and throw it out of the room.